Hours after signing the historic Civil Rights Act into law on July 2, 1964, President Lyndon Johnson said to his press aide, Bill Moyers, “I think we just delivered the South to the Republican Party for a long time to come.”

He was right. Johnson was the last Democratic presidential candidate to win a majority of white votes, not only in the South but nationwide. Whites have slowly but consistently moved away from the Democratic Party.

The Republican Party provided a veritable avenue for the aggrieved white voter who felt nostalgia for an age when their dominance could be taken for granted. America was becoming less white and less Christian with each passing year. By 2045, whites are set to become a minority in America.

A deeply historical understanding of American race relations proposes that Donald Trump captured the presidency not in spite of his racism, but precisely because of it. The politics of white supremacy completed its conquest of the White House.

This is not an aberrant moment in time. The arc of American history is continuing as it always has after every “political outbreak” or period of Black progress: Reconstruction (1865-1877), Civil Rights Movement (1955-1968), and President Obama (2008-2016). What follows is an evangelical zeal to establish white dominance.

Trump understood the power of whiteness and capitalized on white racial resentment after enduring eight years under a Black president. As he bragged in January 2016, “I could stand in the middle of Fifth Avenue and shoot somebody, and I wouldn’t lose any voters.”

In the 2016 election, Trump enjoyed majority or plurality support among every economic branch of whites. He won all the former Confederate states except Virginia. Combined, those 10 states provided 155 electoral votes—more than half of his total. On June 20, President Trump will hold his first campaign rally since the coronavirus outbreak in Tulsa, Oklahoma, where, in 1921, a white mob attacked the country’s wealthiest Black community, killing hundreds of people. The Tulsa massacre is believed to be the single worst incident of racial violence in American history.

“This isn’t just a wink to white supremacists,” tweeted Sen. Kamala Harris, “he’s throwing them a welcome home party.” Trump speaks the day after the Juneteenth holiday which commemorates the end of slavery in America. The president said, “Think about it as a celebration.”

Lest we forget, Ronald Reagan, who opposed the Civil Rights Act of 1964 and called the Voting Rights Act “humiliating to the South,” kicked off his 1980 campaign in Neshoba, Mississippi, which had long been a hotbed of white supremacy and where, in 1964, three Freedom Riders had been slain by the Ku Klux Klan.

By most objective measures, President Trump will lose his reelection bid. There’s ample polling and models to back that up. But there’s a difference between losing the popular vote and losing the election. Trump received 3 million fewer votes than Hilary Clinton but still managed to squeeze out an Electoral College victory.

Through artful drawing of district boundaries, Republicans have locked in partisan advantages in key states. Even if Democrats turn out in larger numbers and secure a higher popular vote than in 2016, their chances of substantial legislative gains are limited by gerrymandering.

In Wisconsin, maps are crafted with such micro-precision that Republicans can win close to a supermajority of House seats even with a minority of the two-party vote. Wisconsin’s largest paper has called the election “the most undemocratic in the state’s history.”

The real shocker will be if Trump wins in Minnesota, where he is fanning the flames of division after George Floyd’s death. In 2016, he lost by just 45,000 votes despite spending limited money and attention there and nearly a half-century of Democrats dominance. His campaign is pouring roughly 1000 times more in 2020.

The media doesn’t get it. Nor does the country’s thinking class. Race has always been the central dividing line in American politics. It would be a mistake to underestimate Trump and the power of white supremacy.

We fully expect the president to win a second term in November. The morning after, America will look at herself squarely in the mirror, warts and all, no longer able to deny its long and complicated racist history. 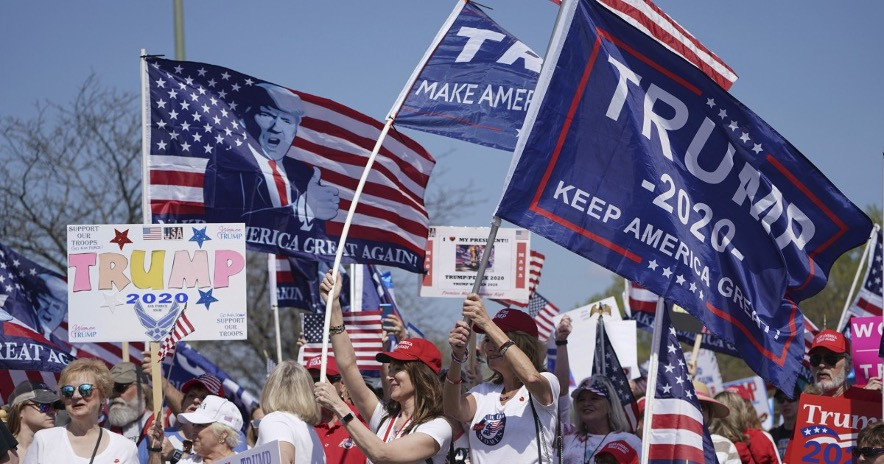 The 2020 election will witness record voter turnout. Two-thirds of eligible voters may vote this year. That’s about 150 million people. The risk is that, with the current pandemic, enough can go wrong to throw the election’s results into doubt.

In-person voting is going to be very difficult in many cities: consolidation of voting locations, socially distanced lines, and shortage of poll workers amid a public health crisis. States are not going to be able to manage the sudden expansion of vote by mail and the mass requests for absentee ballots. Voters will complain they did not receive their ballots, or ballots arrived too late to return them. Lots of ballots will be rejected because signatures don’t match records.

If Trump wins, it will be hard for most Americans to trust the integrity of the November election. We could, in fact, see civil war in the streets, as the Kerner Commission predicted in 1968.

Martin Luther King Jr. described riots as “durable social phenomena.” The Black Lives Matter movement would be joined by legions of anti-Trump protestors to reclaim democracy. White vigilantes would take up arms to defend the republic. Imagine if, during this time, Derek Chauvin escapes a murder charge for killing George Floyd. America is a tinder box right now.

President Trump, the strongman that he is, would greet protests with more violence than what we have seen. Consider the clarity and conviction from his 1990 Playboy interview.

A favorite word of yours, tough. How do you define it?

Tough is winning systematically. Tough is being mentally capable of winning battles against an opponent and doing it with a smile.

When the students poured into Tiananmen Square, the Chinese government almost blew it. Then they were vicious, they were horrible, but they put it down with strength. That shows you the power of strength.

Weakness always causes problems. Our country is now perceived as weak … as being spit on by the rest of the world.

Speaking with governors after the Minneapolis police station was burned down, Trump said the “whole world was laughing.” He called governors “weak” and told them to “toughen up” and “dominate.” Attorney General Bill Barr said he would treat protest violence as “domestic terrorism.”

Trump’s second term will reveal just how much a demagogue can get away with. The president may invoke the Insurrection Act, a 213-year-old law that allows him to deploy the US military to cities across the country to quash domestic unrest. Trump’s power is absolute. 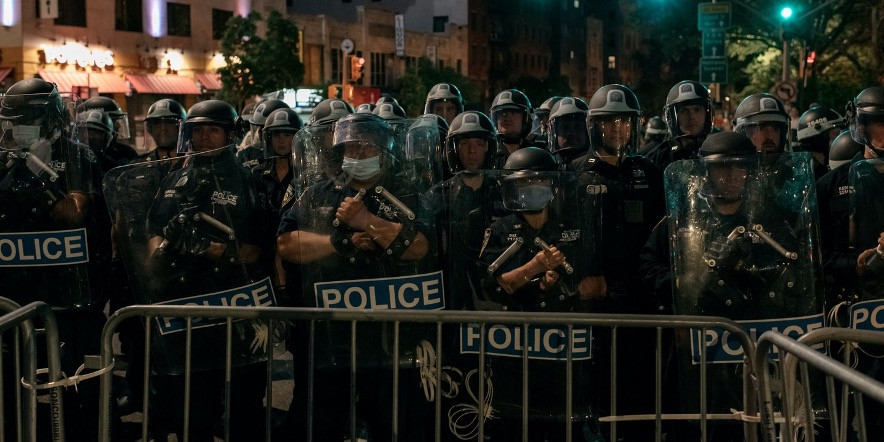 According to Fr. Bryan Massingale, professor of theology at Fordham University, what allows racism to exist in American society is that there is not a critical mass of people who are angry. “To put it more directly,” he said, “we don’t have a critical mass of white Americans who are angry about the situation. Anger is a passion that moves the will to justice.”

Once America turns into a garrison state, and civil liberties long taken for granted are eroded, perhaps then, and only then, enough white Americans will be angry about the situation and ready to address the prevailing systems of racial and social control.

We’ve got some difficult years ahead. The worst is just beginning.