Welcome to the YOLO Economy

Bullshit jobs are everywhere—jobs so completely pointless or unnecessary that jobholders are obliged to pretend they’re not. Should they vanish, it would make no difference to anyone.

In Bullshit Jobs, anthropologist David Graeber unveils five types of bullshit work. “Flunkies,” are paid to hang around and make their superiors feel important. “Duct tapers” temporarily fix problems that their bosses are too lazy or inept to fix permanently. “Goons” act to harm or deceive others on behalf of their employers. (Think lobbyists and aggressive salespeople. The world would probably be better without them.) “Box tickers” go through various motions, often with paperwork or reports, to convey usefulness. Last are “taskmasters,” whose job is to create and assign more bullshit to others. They manage people who don’t need management.

“The moral and spiritual damage that comes from this situation is profound,” says Graeber. “It is a scar across our collective soul.” The bullshit-iest employees are well compensated, yet they’re unhappy. Is it any surprise, then, that nearly four million Americans quit their jobs in May, the most on record?

DataTrek Research monitors quits as a percent of total job separations. They call it the “take this job and shove it” indicator. For all industries combined, this figure came in at 67.8 percent—the second-highest level ever. The quit rate is highest among professional and business services, leisure and hospitality, and retail trade. “My life isn’t worth a dead-end job,” as one former pet store employee put it. 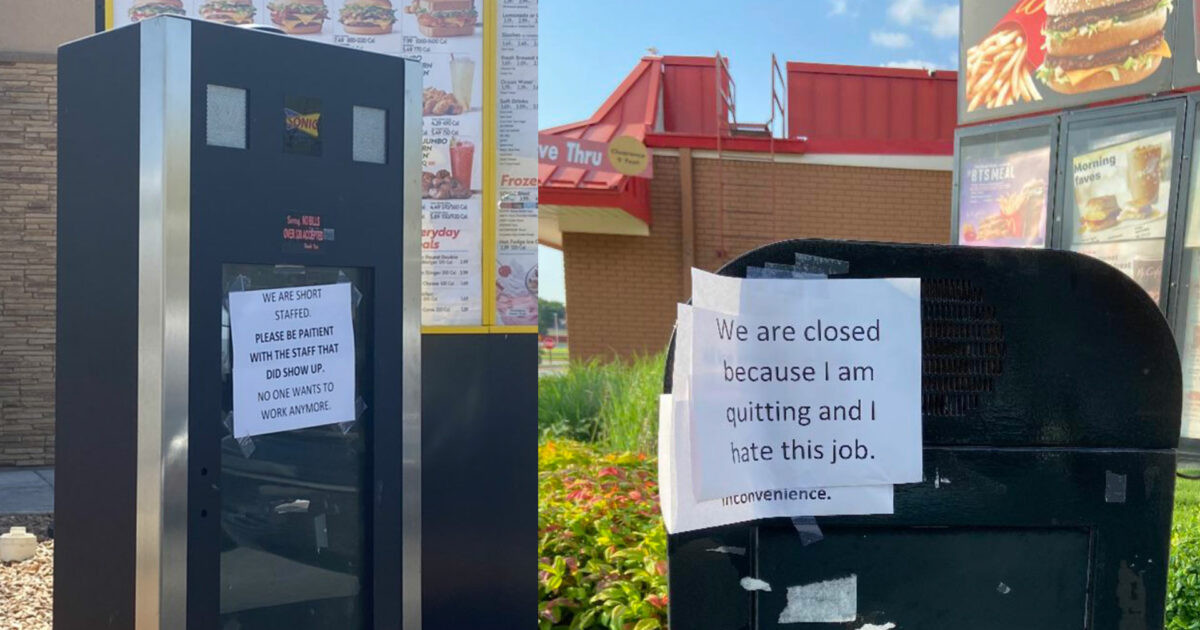 After a forced stay at home, burned out and flushed with savings, workers are realizing that you only live once. A new meaning of work is forming as the pandemic eases and perspectives and priorities shift.

“We have changed. Work has changed. The way we think about time and space has changed,” says Tsedal Neeley, a professor at Harvard Business School. We cannot simply go back to where we were.

A Microsoft study found that more than 40 percent of workers globally were considering leaving their jobs. Surveys suggest two-thirds of unemployed Americans have considered changing occupation, and many are starting their own businesses. Since the pandemic began, 4.4 million new companies have been created, much more than usual in a recession.

Nearly three million people over 55 say they’re considering early retirement, prompted in part by a boom in the value of their retirement portfolios. This is on top of a record 3.2 million baby boomers retiring last year. As Kevin Roose wrote in the New York Times, “YOLOing may be the year’s defining workforce trend.”

Companies are struggling to find workers even as about 9.3 million people are officially unemployed. Most forecasters expect the labor market disconnect will be resolved in the fall. But the post-pandemic back-to-work push ignores the full worker experience and all the factors that make the return to certain jobs less appealing.

Blaming the slower payrolls recovery on the supplemental unemployment benefits misses the bigger picture. Something else is going on. The traditional motivations of job security, money rewards, and opportunity for personal advancement are proving insufficient.

Whatever happened to work? Doesn’t anybody want to? It may be that the era of the Protestant work ethic, that underpinned capitalism, is winding down. The corollary is the labor shortage could persist for years. There are around 9 million missing jobs.

America’s labor shortage has been exacerbated by the Trump administration’s immigration restrictions, which reduced the number of both skilled and unskilled workers. The issuance of temporary and permanent worker visas was down by 572,000 last year, a 44 percent drop from 2019.

Though President Biden has rolled back restrictive visa policies, it will take time for the immigrant worker pool to be refilled. Many US embassies and consulates face massive backlogs of visa applications, and pandemic travel restrictions remain in effect. The labor market crisis isn’t going away.

What’s more, population growth for Americans between ages 20 and 64 turned negative last year for the first time in the nation’s history. The Congressional Budget Office projects that workforce will grow a mere 0.3 percent to 0.4 percent annually this decade, versus an average of 0.8 percent a year from 2000 to 2020.

There are only two ways to grow an economy: increase the number of workers (or more accurately, the aggregate number of hours worked) or improve labor productivity (output per hour worked). Without more workers, economic growth must rely on productivity gains.

Accounting for these demographic realities, slowing workforce growth and persistent labor shortages will be a drag on US growth. Despite leading the vaccine rollout, we believe America’s recovery will start lagging the rest of the world. America is unique in its labor market challenges.

Other central banks around the world will start normalizing policy first in response to the strength in their own economies. This is bearish for the dollar.

The Fed is calling for a 4.5 percent unemployment rate by the end of the year, down from 5.8 percent today. Economists expect 4 percent real economic growth in 2022. Both seem unachievable to us given the radical changes in the labor market.

Since 1948, real GDP growth in the US has averaged 3.1 percent. We expect above 2 percent real growth on a trend basis, driven by our optimism about a productivity boost.

In North America, purchases of robots jumped 64 percent in the fourth quarter of 2020 from a year earlier. Industries including food processing, consumer-goods manufacturing, and life sciences logged a bigger increase in orders for all of 2020 than did automakers, which have traditionally been the biggest buyers of robots.

For years after the 2008 global financial crisis, investors questioned the resilience of the US economy. Now it seems that they are underestimating the adeptness of the US corporate sector to protect margins and improve profitability despite acute labor shortages.

Fewer bullshit jobs and higher wages still presents a bullish backdrop for stocks. We believe productivity will go up as companies learn to operate amid labor scarcity. Productivity is the inflation killer.

“It has taken me forty years to learn this: how to not be my own worst enemy and to prevent self-sabotage.”

An Anatomy of China

China’s investment landscape is undergoing dramatic change. We dig into the real story behind the tech crackdown and latest policy moves. 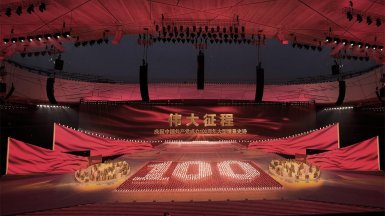 A bull market lasts years. A buying panic ends sooner. Just as quickly as the symptoms set in, we can feel the sensations gradually subsiding.

Once again, we are pushing the boundaries of mesospheric ego and logic. The billionaire space race is more important than you think.