Since the founding of the People’s Republic of China in 1949, China has gone through a series of phases marked by sharply differing conceptions of what its leaders believe is best for the nation.

In 1985, Deng Xiaoping inaugurated decades of rocketing growth with a single commandment: “To get rich is glorious.” The goal was to make China a “moderately prosperous society” defined as doubling the per-capita GDP to roughly $10,000 per year and housing 60 percent of the population in cities. To achieve that, Deng said, China had to “let some people get rich first.” 2020 was set as the deadline.

What followed was state capitalism with rapid economic liberalization and growth of private enterprise. The poverty rate went from 60 percent to 10 percent, surprising everyone.

But French economist Thomas Piketty observed in his acclaimed book, Capital and Ideology, “Given that Europe has demonstrated the possibility of achieving prosperity while limiting inequality, it is not clear why Chinese socialism should tolerate levels of inequality on a par with American capitalism.”

The combined wealth of China’s 415 billionaires rose to about $1.6 trillion, roughly the of Russia’s economy. Their fortunes combined would amount to the world’s 11th largest economy. Meanwhile, 600 million people live on a monthly income of 1,000 yuan or $154, barely enough to cover monthly rent in a mid-sized Chinese city.

In July, Xi Jinping announced the goal of building a moderately prosperous society had been achieved: “We have brought about a historic resolution to the problem of absolute poverty in China. We are now marching in confident strides toward the second centenary goal of building China into a great modern socialist country in all respects.”

While the party had long allowed some people and regions to “get rich first,” China has now entered a new stage of development prioritizing “common prosperity for all” which Xi has hailed as an “essential requirement of socialism, and an important hallmark in China’s modernization.”

So far, we’ve seen a crackdown on tax evasion and corruption; a crackdown on anticompetitive practices of tech titans like Alibaba and Tencent; billionaires giving away chunks of their fortunes and being pushed into doing more for society; a court ruling that “996” workaholic culture is illegally exploitative of employees; and efforts to remove the “three mountains” on households of high costs of housing, healthcare, and education.

“We must be willing to get rid of the life we’ve planned, so as to have the life that is waiting for us.”

Don’t be so hard on yourself

We glance over time’s shoulder to reflect on what has come through us. Every journey requires self-encounter along the way. 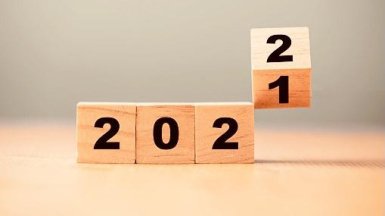