We made the decision to travel to Singapore in advance of China’s 20th Party Congress in order to get the perspectives of our Asian community at this critical juncture.

Chart 1: Long Watanabe If Japan joins the global wave of monetary tightening, prepare for a rates shock and another selloff in global duration. Buy yen.

Chart 2: Short Animal Spirits “What’s remarkable about China is that the problems are all self-inflicted. It’s mind-boggling.”

Chart 3: Short Freedom Predicting the end of the zero-covid policy in China has been a fool’s game.

Chart 4: Long Survivors China’s housing market is on the path to become be a dull, low-growth sector, rather than a high-octane driver of economic expansion and speculative bubbles.

Chart 5: Short Bears “Everyone is waiting for a contraction in earnings for the next phase of the bear market. I don’t think it’s coming.”

Chart 6: Long Immigrants America’s prime-age population stopped growing more than a decade ago, and it seems improbable that it will recover naturally due to declining birth rates.

Chart 7: Long Canaries The supply of below-investment-grade debt is near record highs in China and India.

Chart 8: Short Wildcatters “This is the biggest issue the energy industry is facing.”

Chart 9: Short Antifragile “How do you hedge?”

Chart 10: Long Ashramas If our professional decline is not only inevitable but also occurs sooner than most of us anticipate, shouldn’t we prepare for it?

“How long can the Bank of Japan (BoJ) remain an outlier in the global wave of monetary tightening to tame inflation?” asks the speaker. His model predicts Japan’s core-core inflation rate (ex-fresh food, energy, mobile phones, and hotels) will increase to 3 percent by the end of the year from 1.5 percent today.

Japan has been attempting to create a sustained period of higher inflation for years in an effort to escape a slow-growth, deflationary trap. One of the most frustrating dynamics for policymakers has been the meagre wage gains.

Since 1990, wages in the US and UK have risen 40 percent. In Japan, they have increased by 4 percent. Why is that so? Because small businesses, many which of are struggling, employ 70 percent of Japanese workers as opposed to the giant multinational firms.

However, annual wage inflation is currently running at 1.5 percent, the highest since 2008. About 4,900 unions in Japan secured a 2.1 percent increase in average monthly pay in this year’s wage negotiations. The health ministry raised the average minimum wage for its employees by a record 3.3 percent.

Change is afoot. And it may get more difficult for the BoJ to keep policy unchanged. Due to the yen’s 25 percent slide this year and rising import costs, Japan’s trade deficit in August was around $20 billion, which was a record high.

If Japan scraps the yield-curve control policy or even widens the band at which it allows long-term interests to move around its zero percent target, the speaker believes we could get a rates shock and another selloff in global duration. “What happens in Japan doesn’t stay in Japan,” he remarks.

Therefore, he is cautious owning bonds despite the surge in global yields. But he does see an opportunity in buying yen. In the case of a change in monetary policy, Japanese savers, a major source of financial capital worldwide, would liquidate their holdings of US and European bonds and return money home; the yen would soar.

“Japan will shortly reopen its borders to tourists after more than two and a half years, which could also boost the currency,” one of the attendees suggests. In 2019, the travel and tourism sector contributed $359 billion to Japan’s coffers, or 7 percent of GDP.

The consensus was that no change in policy is anticipated until at least April, when BoJ chairman Haruhiko Kuroda, who insists Japan’s inflation is a short-lived phenomenon, steps away. 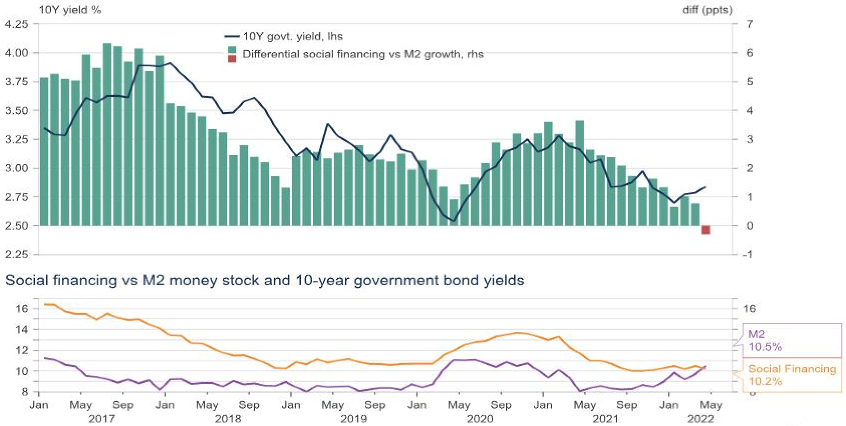 In response to the 2016 growth slowdown, Beijing increased infrastructure spending, bailed out the local governments, depreciated the renminbi, and imposed capital controls. China’s banks extended a record $1 trillion in loans during the first quarter, which was greater than the response during the 2008 crisis. It worked.

Beijing’s 2022 stimulus measures add up to $1.3 trillion. However, the tools deployed to stimulate the economy aren’t proving to be up to the task. Low interest rates and easy access to credit have failed to boost growth because firms and households aren’t willing to borrow. Unlike 2016, bank lending to both developers and households is collapsing.

The message is clear says the speaker: “China has lost its animal spirits.” Looking at his chart, the differential between social financing and M2 growth has turned negative, an indication that the “policy reaction function is not working properly”; deposits are rising but not leading to more spending. 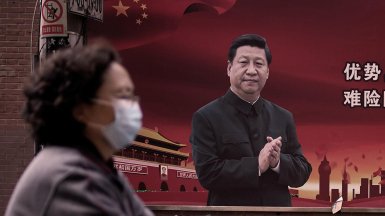 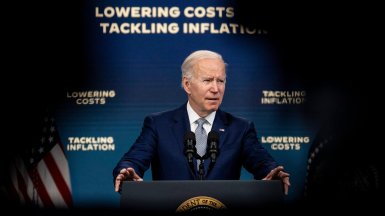